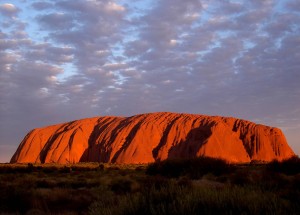 The Outback in Australia holds some surprising world records.  For example did you know…